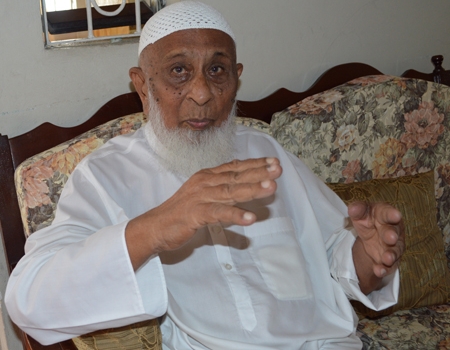 Published in the Nation News here

“The publication and launch of the book “Bengal to Barbados” authored by Sabir Nakhuda has sparked widespread interest  into the history of “the coolie men”.  They were itinerant traders who entered life of rural Barbados small villages as angels providing essential needs on compassionate terms to the poor Bajan underclass.

One reader “Big Sky” commenting on an article headlined “Patel reflects” said “Coolie Men” are good people who have help lots of Barbadians to acquire merchandise. Whether it be radios,television,carpets,clothing,Sheet Sets etc they payment plan always seem to attract persons with little income who other wise would be turned away by the credit agencies or large retail outlets.These people(coolie men) are kind,loving,helpful people and though they have to deal with a lot of dishonest people who take they merchandise and refuse to pay, they still continue to strive.”    Another reader “Pan Wallie” writes “A stark reminder of from how far we’ve come. Many of us would not have made it with the coolie man – from congolian to carpet.”

Mohamed Patel is an elder member of the Muslim community who, like his father, and so many others, uprooted themselves from the familiar in India to head to the unknown in another part of the world. “You leave India and go somewhere else to do business and get a better life,” he told the Sunday Sun. He followed his father Suleiman Patel, who had first migrated to Trinidad from Gujarat, India, in 1934 and who later made his home in Barbados in 1934. Suleiman Patel opened the dry goods business Suleiman Patel & Sons on Lucas Street, eventually bringing his sons, whom he had left behind in India, to Barbados to join him in the business.

The 25-year-old Mohamed left India accompanied by his wife, Aisha, the 16-year-old he had married just six months before, and arrived in Barbados, a part of the world about which he had no knowledge, to start a new life. “I did not know anything about Barbados,” he admitted, adding that coming here, he found a place that was “totally different”. The family lived at a beachside house in Paynes Bay, St James, paying a monthly rental of $36.

Going to Lucas Street, Mohamed noticed a nearby Swan Street with businesses operated primarily by Indians, Syrians and Jews selling fabric, shoes and “a lot of other things”. He also noticed “very cheap prices . . . a small BICO ice cream cost 12 cents, a [soft] drink cost between five and six cents, a yard of cloth was only 36 cents”. Despite these seemingly affordable prices, when he ventured out into rural Barbados, he discovered another side of the island – poor people who laboured hard to find the money to afford the basics, communities in which the “coolie man” was a welcome sight. “Many people would say they can’t afford to buy cash, so they would credit from you and they used to pay 25 cents a week. Dollar [a $1] payment was a good customer.”

Not too long after he arrived, his father had taken him out to the country areas to begin work as an itinerant trader, in keeping with the tradition of other Indians who had also engaged in that kind of business. “My father had a car, so he used to drop me off in the country in the morning. I used to walk around with my suitcase with the cloth and things, and you got to know people. You go and knock the house and you open the suitcase and show them. You had to sit down in the house and so, you can’t go outside. They call you inside and respect you with the sitting.”

Mohammed took along his small package of sandwiches for lunch, and bought a drink every day from one of the many village shops, in the absence of the modern-day supermarket. “In those days, there was no supermarket, only small shops around the place. When you go in the country, the children would say ‘the coolie man coming’,” a term which he never found offensive because he accepted its meaning as “the man coming to sell”. He found rural Barbadians warm and welcoming, always ready to assist, like when the car he could eventually afford would break down. “It was an old car and sometimes it would break down in the country. Any time people passed and see the bonnet open, they would stop. Those days, some roads were very rough, and when the rain fall, the car would stick up, but people would come and push you out.”

Mohamed tells of a Barbados in which “people were nice”. Living at his father’s house, he and his wife met many Barbadians who had befriended the elder Patel, people such as National Hero Errol Barrow, a frequent visitor to the Patel home. Meanwhile, for his young bride, life in Barbados was “very hard”. “You can’t speak English, you don’t know nothing. The kerosene stove, you don’t know how to use that.” Coming from India where she had been accustomed to cooking on wood fires in those days, this was a new and challenging experience. To Aisha’s advantage, however, was that she was living in the well established home of in-laws, where there was a maid who spoke English, and from whom she was able to pick up a word or two. The rest she learnt as she drove around with her husband, observing as he interacted with his customers. Eventually, she too, assisted at the dry goods store, cutting the lengths of fabric for sale to customers, and often accompanied her husband on his selling trips.

While his older son does the same work he did, Mohamed’s second son opted for accounting. His three daughters are all married and leading their own lives. “When they have education and degrees, they don’t want to go into the country selling cloth,” he said. Aisha, whose teenage marriage was arranged by parents, added: “In our community now, the young people, they want their own choice. Parents can’t say, ‘Well, you have to marry this girl’. Some [children] will listen, but more prefer to marry here. Some parents still carry their children to India to find someone to marry.”

Nearly all of Mohamed Patel’s original customers have passed away. But when their children see him, they still approach him, enthusiastically calling out “Mr Patel!”. “When I say, ‘Well, who are you?’ they would say, ‘Mr So and So’s daughter’. They recognize me quick, in Town or the market, anywhere, they recognize me good. When they give me the mother name, the father name, I remember them and it makes me feel good to know that 40 and 50 years after, they recognize me.”

Be the first to comment on "Patel reflects on Barbados"

Reproduced from Yaqeen Institute, original post here, with permission. In Ramadan of 1835, a group of enslaved African Muslim clerics in Salvador of Bahía, Brazil…