The internationally renowned Muslim singer and composer, Sami Yusuf, is about to make his debut performance in Guyana and people of all ages are excited. That’s because many Guyanese Muslims are already deeply familiar with Yusuf’s songs which are easily accessible online. Threatening to dampen their spirits however, is a handful of dreary extremists armed with a set of flawed arguments.

They are quoting verses from the Quran and sayings attributed to Prophet Muhammad, peace be upon him, out of context in order to declare Yusuf’s music as “forbidden” (haram) or disliked (makruh) according to the Islamic legal tradition.

Listening to their arguments one assumes that Sami Yusuf might be performing an Arab version of Miley Cyrus’ twerking to a rowdy crowd of badly behaved men and women who egg him on as they chug back a few bottles Banks beer.

The lyrics of Sami Yusuf songs praise God for his countless bounties, the foremost of which is His sending the noble Prophet, peace be upon him, as a mercy to all of mankind.

A similar genre of music in the form of Urdu naats and qasidas has sustained Muslim religious life in Guyana for nearly 200 years and no one has ever suggested, except an ignoramus, that this practice prevents believers from listening to or memorizing the verses of the Quran.

To argue that modern music, even religious songs like those of Sami Yusuf,  is prohibited, is to go where no other scholar of law has ever ventured. Citing verses of the Quran as proof that music is prohibited (haram) according sacred law is contrary to the opinion of vast majority of classical and contemporary scholars such as Imam Al-Ghazali, Ibn Hazm, Qadi Abu Bakr Ibn Al-Arabi, Ibn Taymiyyah, the famous Hanafi jurist, Shaykh Abdul Ghani al-Nabulusi and Shaykh Mahmud Shaltut, the late rector of al-Azhar university who passed a formal ruling (fatwa) declaring music which does not involve reprehensible acts censored by the Quran and the Prophetic tradition, as permissible, not prohibited.

Be the first to comment on "ARGUING OVER MUSIC" 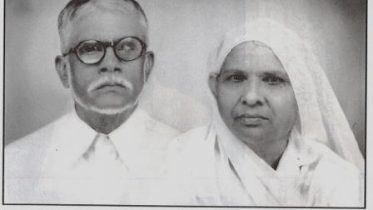 Isahak, the third child of Peerally and Kosemeea was born in the month of November 1887 in Phoenix Park, California. He was educated up to…