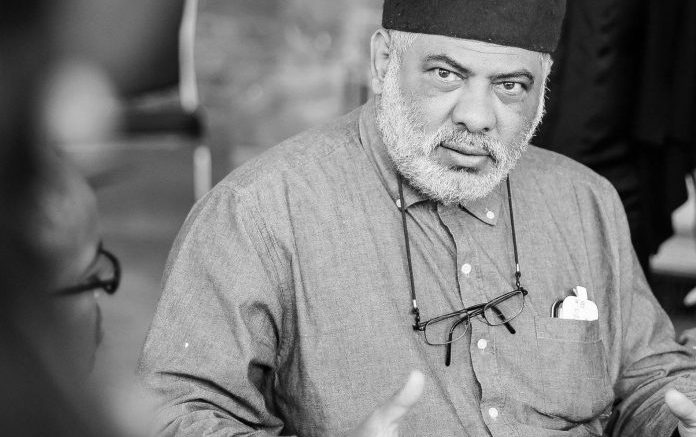 From God we come and to Him we shall return.  It’s with a heavy heart we announce that Dr Fuad Nahdi has sadly passed away in a London, UK hospital today. The prominent journalist and activist Dr Nahdi, was one of the major contributors to the Muslim Communities of the United Kingdom in the last 30 years.

Dr Fuad Nahdi was the founder of Radical Middle Way and Q News and was instrumental in the field of dawah (inviting to God) in the west. He was dear to many people around the world including many scholars.

Dr Nahdi was a pioneering and award-winning journalist, campaigner, thinker, and interfaith activist whose contributions have spanned three decades. He was Executive Director of the Radical Middle Way, an organization that has harnessed positive religious narratives to encourage civic engagement, promote positive social action, and empower relevant religious leadership to build resilience to violence and extremism. In 2014, Fuad became the first Muslim to address the General Synod of The Church of England.

In a Facebook message his wife, Humera, said her husband had been dealing with cancer, diabetes and low kidney function. She confirmed that he had been tested for coronavirus but the results have not yet come.

She added: “In these difficult days of virus and lockdowns it is not yet clear how funeral arrangements will take place – but they will not be conventional. We will try to find a way to use technology to give access to people who would otherwise be there. But be assured that while the janaza will be unconventional we will honour Fuad’s passing and his legacy in an appropriate way once the world is a little safer insha’ Allah.”

Born in Tanzania, Nahdi emigrated to the United Kingdom in his early 20s. He went onto make significant contributions in fields of media, community activism and interfaith work and was widely recognised for it in the UK and across the Muslim world.

Nahdi was named one of the world’s 500 most influential Muslims by Royal Islamic Strategic Studies Centre in Jordan six times. In 2007, he was named on the UK Muslim Power 100 list which identified the country’s Muslims who were making a profound contribution to British life and society. 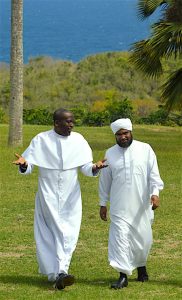 Shaykh Faid and Reverend Clarke during his visit to Barbados

Shaykh Faid Mohammed Said remarked upon hearing the news of Dr. Fuad’s passing “It is with great sadness that we receive the news of the passing of our beloved friend Dr Fuad Nahdi (May Allah have mercy on him).

We share our condolences with the family especially his wife Humera, she went through a lot of difficulties, May Allah bless her. And our dear children Sidi Nader and illyeh.

We beg Rabbi (my Lord)  to accept him and grant him a safe journey of khair, such a journey that has a beginning but no end, as Allah (subhana wa ta’ala).”

Nazim Baksh, Canadian Journalist commented on hearing the sad news “Fuad Nahdi was a dear friend and a mentor to me for the last 25 years. His contribution to the Muslim community in the U.K. is unmatched. Fuad was a visionary and found solutions to thorny challenges, baffling and complex security issues involving extremism, by creating narratives that many of us will be analyzing for years to come.”

Shaykh Faraz Rabbani of Seekers Guidance in his tribute commented “A great man, a great friend, a great mentor, a tireless servant of the Prophetic Way of wisdom, mercy, balance, concern, love, and beauty. Someone who knew him had a dream in which the Beloved Messenger of Allah (peace & blessings be upon him & his folk) said, “Sidi Fuad is a door of the dawah in the West…”

May Allah grant Dr. Fuad the very highest of Paradise, in close proximity to the Beloved Messenger of Allah (peace & blessings be upon him & his folk), whom he loved deeply and dearly.

The eyes tear, the hearts hurt, but with contentment, and with complete certitude in the Most Merciful and Most Generous.”

Dr. Fuad’s friend Yahya Birt, as tweeted out by Dr. H.A. Hellyer, said “A large than life character with a wicked sense of humour, Fuad loved young people & did much to mentor them. Entrepreneurial & a capable networker, he put together many seminal events, such as the grand national celebration of the Prophet’s birthday at the Wembley Arena in 2005.

Fuad Nahdi was a catalytic figure who did much to inspire a confident, outward looking, progressive, and yet cosmopolitan British Islam.

May God have mercy on his soul.”

Other tributes poured in on Twitter.  Here are some of those:

Mustafa Cerić is a Bosniak imam who served as the Grand Mufti of Bosnia and Herzegovina and currently president of the World Bosniak Congress.

May All-Merciful Allah have mercy on my beloved Brother Fuad Nahdi and may All-Powerful Allah give sabur to his family and to his brothers and friends may Allah give a good example for the good of humanity!
Ever-Faithfully yours @fuadnahdi

Dr H.A. Hellyer is a British scholar and analyst. He writes on the politics of the modern Arab world, religion, and politics in Europe and internationally, majority-minority relations, security issues, and the Muslim world – West relations.

Shaykh Mufti Muhammad ibn Adam al-Kawthari is a traditionally-trained Islamic scholar who has studied the Arabic language and various other traditional Islamic sciences including Qur’anic exegesis (tafsir), Hadith and Fiqh.

Mohammed Shafiq press spokesman of the Ramadhan Foundation, a group aimed at helping young Muslims in the United Kingdom and fostering interfaith dialogue. Whilst representing the Foundation, he has become a regular face in British media, commenting on British-Muslim issues and perspectives.

Fuad graduated from the Centre for Journalism at City University, London. He worked and contributed to media organisations from around the world including Reuters, Los Angeles Times, Arab News, The Nation, ABC News, Crescent International, Africa Events and BBC World Service.   His journalism and commentary were sought after by The Economist, The Independent, The Guardian, The New York Times, The New Statesman, Arab News, Mail & Guardian (South Africa), BBC, Arabia Magazine, Asahi Shimbun, Channel 4, Canadian Broadcasting Corporation and others.

He read Islamic Studies at the Islamic African University in Khartoum, Sudan, and at the School of Oriental and African Studies in London. He was a Senior Research Fellow at the Muslim College in London where he taught interfaith relations and adab al-ikhtilaf (the etiquettes of difference). His paper which helped launched Inter-Faith Week 2010 titled ‘Faith and Phobia: Religion and Secularism in Modern Britain’ was published as a monograph in 2012. 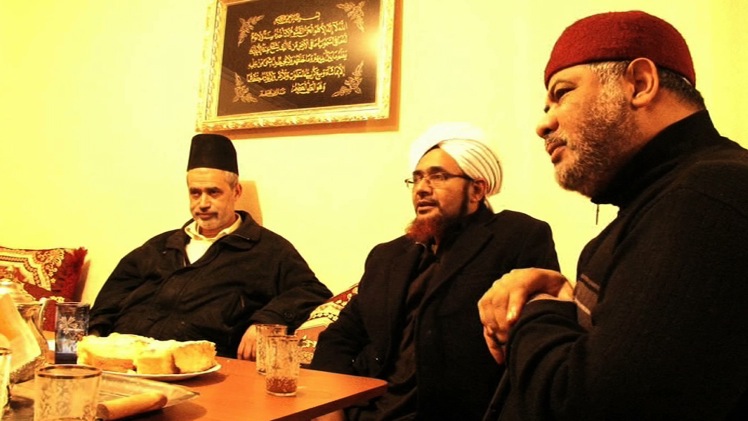 He was involved with the Three Faiths Forum from its inception assisting the late Shaykh Zaki Badawi in ensuring the early success of the organisation. He was appointed a member of the Advisory Group.

Fuad served as a member of the Archbishop of Canterbury’s Listening Initiative on Christian Muslim Relations (2001 – 2004) which led to the creation of the Christian Muslim Forum of which Fuad was an adviser until stepping down in 2009.

Fuad consistently demonstrated visionary thinking and analysis of public affairs and had the knack of identifying and dealing with major trends before they hit the headlines. He championed the vitally important role faith communities play in creating a just, tolerant and productive society and worked with particular vigour to foster a strong sense of British identity amongst the United Kingdom’s diverse Muslim communities.

This tribute is a compilation from a variety of sources including Convergence Trust.com; The Muslim 500, and 5 Pillars UK. Article updated to include additional tributes. 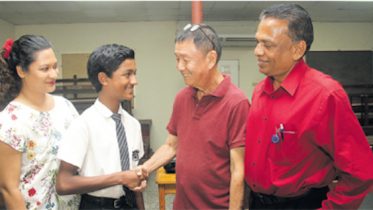 Full story first reported in Trinidad Guardian After five months of studies, a 12-year-old boy has achieved what his seniors are struggling to—a distinction in…